Home » Blog » “It will be cheaper soon…”- Does the price of the previous model always drop after the premiere of a new product version?

“It will be cheaper soon…”- Does the price of the previous model always drop after the premiere of a new product version? 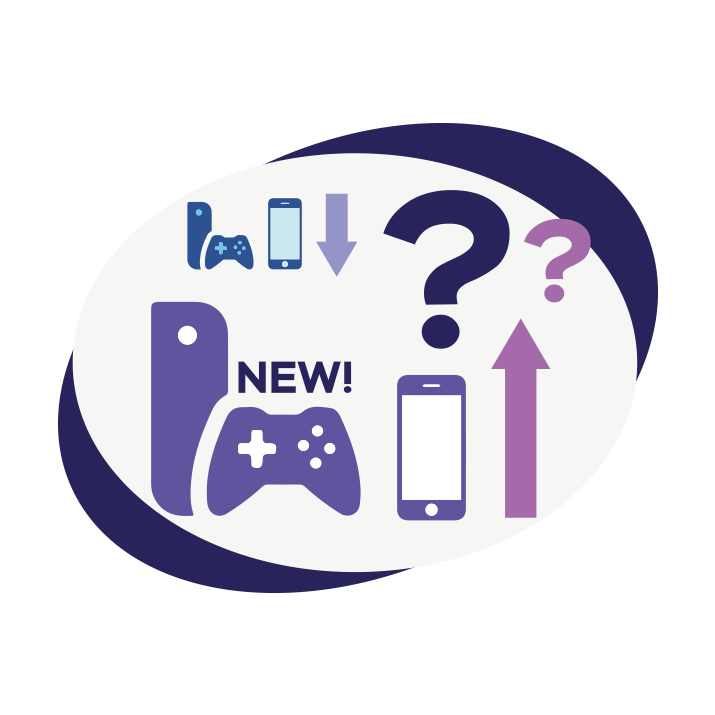 A premiere of a new iPhone is for some people like a holiday. Long lines of biggest fans wait in front of shops wanting to be the one who has the newest device on the day of release. For the last few years, new iPhones are released systematically, once per year, which causes old versions to be obsolete much faster, thus they get cheaper earlier than they normally would. A similar trend can be observed with consoles, smartwatches, cameras, or smartphones of other brands. It can be an opportunity for the people who want to buy a pretty new device, but not to pay as much as for the newest gadgets. But is it really a bargain?

To check this, we have analyzed the historical prices of the three following products:

Presented prices are the average prices from the given day from the 8 biggest online shops with electronics in Poland gathered by Dealavo.

The premiere of Xiaomi Mi 10T Lite took place on the 30th of September. It is at the same price shelf as Xiaomi Redmi Note 9 Pro, which is available since the 17th of March, thus the release of Mi 10T Lite could directly affect the price of the older model. Let’s check how the price history of the product looks like for Note 9 Pro: 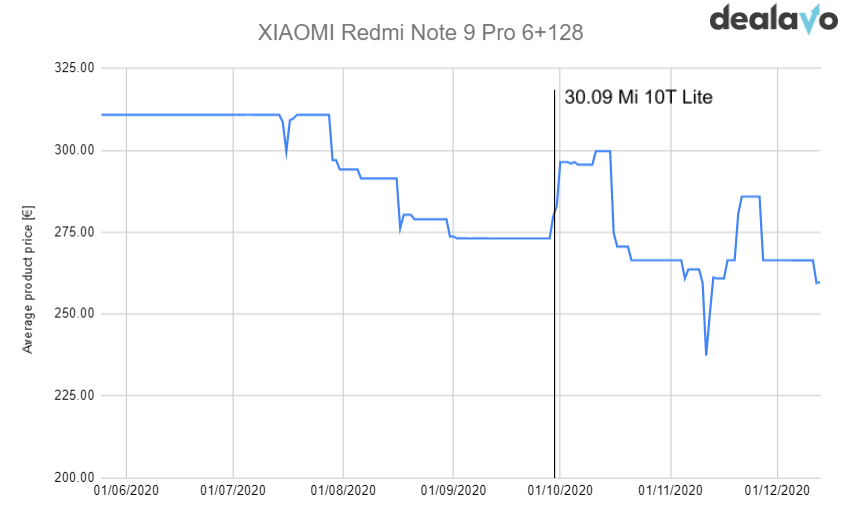 On the plot above it is worth analyzing how the prices shaped in November. One can see that the real drop in price happened on 11.11 (Chinese Single Day known for discounts) when prices decreased from 266 euro to 237 euro and it was the lowest price since the premiere of this phone. Such a discount in the shops could be caused by the fact that prices in the official Xiaomi shop were cut by 80 euro.

What did the situation look like on Black Friday? Unfortunately, it could be a disappointment, because the price of this smartphone was increased to 286 euro exactly 7 days before The Discount Holiday to drop to 266 euro, so exactly the same price as after the premiere of the new version of the phone.

Considering Apple’s phone, the price was stable from the very premiere. The sudden drop happened 2 weeks before the release of the new device and during the premiere, the price was already stable. The price decreased by 67 euro (from 760 to 693 euro), so less than 10%. After the premiere price was still decreasing, going under 670 euro. 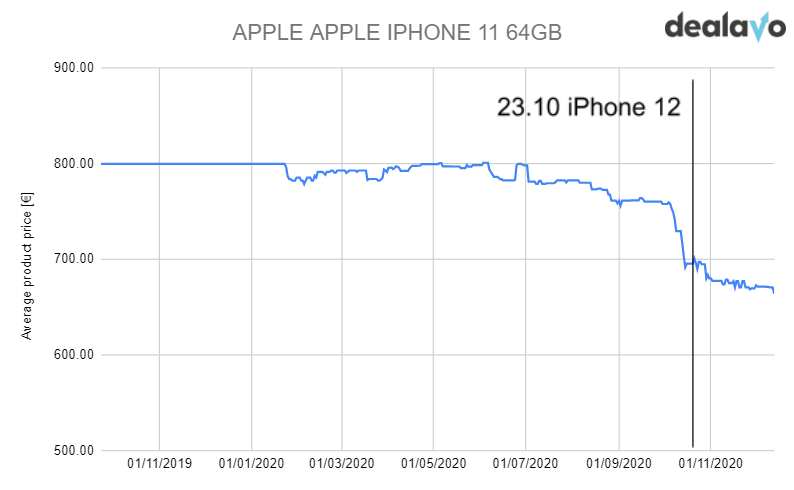 With the console, the case was a bit different. After the release of the new version, the price of Xbox One X decreased (by around 8 euro), but after two days it came back to where it was. It happened due to the lack of availability of the newest model on the market. According to the price trend, such an issue was visible for around one week, after which the real drop of prices happened and from around 300 euro the console got cheaper to 255. It was a discount of over 16%. 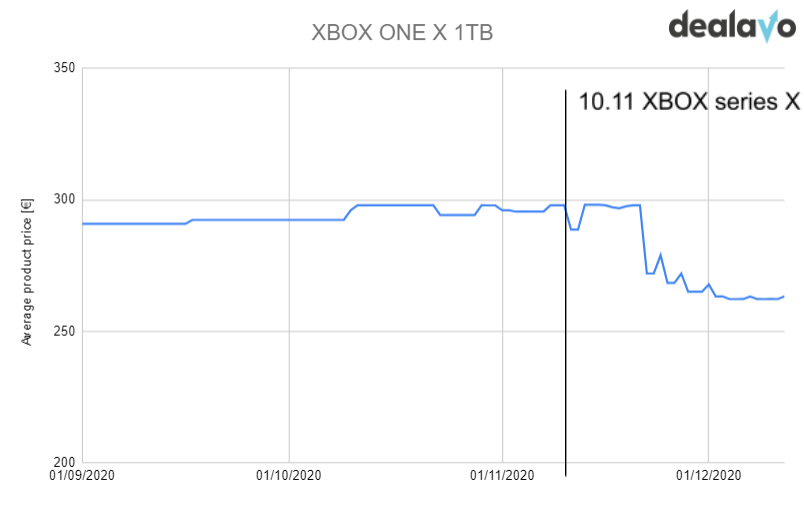 The premiere of a new model of smartphone or console doesn’t always come with a great discount from the predecessors. It can even cause their momentary price raise. Sometimes, due to the unavailability of the new product, the prices can keep still. In some cases, when the premiere is periodic, the price can drop even before the release of the new model. We can see that companies sometimes use our conviction that prices have to drop after the premiere of the next model, not decreasing the prices, even sometimes increasing them.

This site uses cookies to provide services at the highest level. Further use of the site means that you agree to their use.Agree and closing this information.Privacy policy