Recommendation algorithms in the eCommerce service 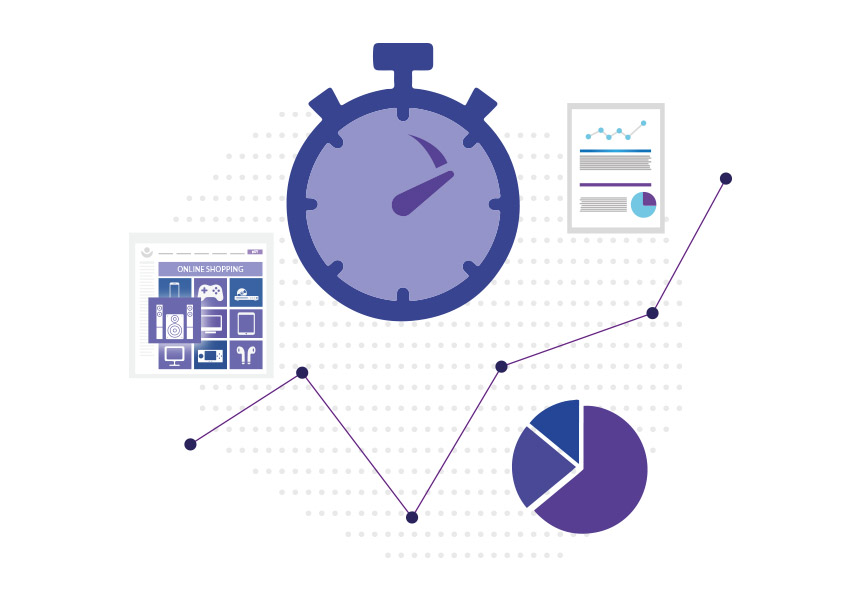 Algorithms can be very different from each other – everyone who deals with the promotion and implementation of solutions based on “artificial intelligence” knows it.

They also differ in the way people think about them, depending on which term you hear – Machine Learning or Artificial Intelligence. These concepts are not synonymous, but they have something in common – the use of advanced, self-learning algorithms.

We will focus on AI algorithms that are directly applicable in the everyday work of an eCommerce manager to make it easier.

From the text you will learn:

Contents
1 What is and what is not SI / AI?
2 What does Artificial Intelligence need?
3 Recommendation – the simplest, most effective, irreplaceable algorithm

Artificial intelligence by definition is a branch of computer science that deals with the design of models, algorithms that simulate human intelligence. So what is intelligence? It is (since the oldest version in the 1950s!) the ability of the system to correctly interpret external data, learn from it, and use this knowledge to perform specific tasks and achieve goals through flexible adaptation ”(Andreas Kaplan and Michael Haenlein).

It is slightly different from the description of “intelligence” itself. For the sake of simplicity, I will list the most important components:

Artificial intelligence that you encounter every day is a specialized program that performs the given activity better and better, adapting to reality efficiently, or has been previously taught – or actually – trained. Its knowledge hasn’t been “inserted” in the form of strict rules, but an algorithm which, taking into account the probabilistic nature of reality, can adapt better and better to the entrusted task. This gives the impression that the program has drawn logical, intelligent conclusions, but it is an illusion.

What does Artificial Intelligence need?

Data. A large and necessarily structured amount. Based on the input data, AI makes a choice – a verdict that, based on the data, is the probability distribution of the “certainty” of each of the possible verdicts. It’s just a calculator, incredibly complex but capable of converting a number to a number.

If making any choice involves the evaluation of numerical data and you can verify the verdict, preferably as yes /no, then most likely the process considered can be automated by AI (and your competition is likely to already be doing it).

The recommendation algorithm, despite its simplicity, is an extremely useful tool in eCommerce for proposing new, often complementary products to customers, and thus increasing sales conversion.

It is difficult to say exactly how it works because each recommendation algorithm is adapted to the needs of what it should recommend, while the principle of operation is more or less the same.

Customer-3 buys items A, C, so the algorithm will suggest item B.

Customer-4 buys item C, so the algorithm will propose the set A + B or D + E.

Recommendation B will work with a high degree of probability for products selected by Customer-3 – other customers bought such a set for B may be the perfect complement to A and C.

By analyzing the raw data in large quantities, you can conclude this even if you don’t know what the products are, just by knowing their IDs. A “calculator/algorithm”, even knowing the name of the product, is not able to recommend a shoe care fluid – it does not understand the relationship between product A and B until it turns out that 97% of customers who buy A will buy B at a slight suggestion.

It is worth emphasizing once again the supporting role of intelligence in this type of solution. The relationship created between A and B is two-way in nature, which means that we recommend B for A, but also B, we will recommend A.

While there may be times when a customer buying a shoe care fluid is tempted to buy a pair of shoes they like, in the case of a laptop and laptop bag, for example, the “intelligence” of the system may fail. Even so, without having all the information, it may turn out that such a recommendation makes sense. For example, a customer was buying a bag not for themselves, or for a very old laptop. Advertising of the new one will give him an idea to modernize his equipment.

Based on very simple algorithms, it is difficult to take such factors into account. Because what type of data would you base your request on in such a case?

The algorithms dealing with more complex problems exist but interestingly, even their creators are often unable to determine why they made one and not another decision.

In her efforts to better understand customers' journey, Anna has obtained experience in both sales and marketing. She has worked with brand development, lead generation and nurturing as well as B2B sales. However, her main field of expertise is e-commerce optimization both in-store (pricing and shelving) and out-of-store (promotion and advertisement).