Home » Blog » How does the market react to the rapid demand changes? Case study of baby care industry during Covid-19

How does the market react to the rapid demand changes? Case study of baby care industry during Covid-19 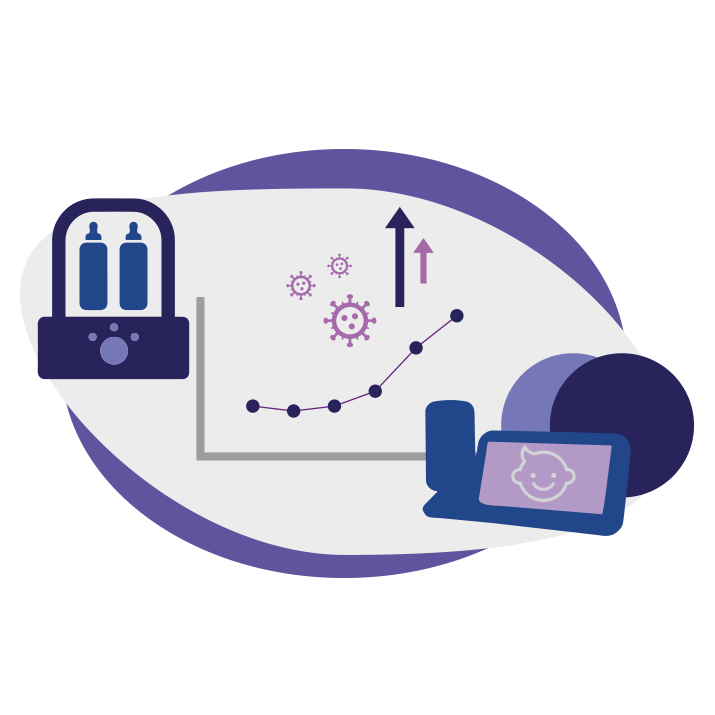 The first mentions of the virus spreading in China started to appear on the Internet in December 2019. Initially, few people considered SARS-CoV-2 to be a serious threat, but more and more information appeared with each passing day about the number of infected people and the fact that the virus was drawing closer. The residents of the countries affected by the epidemic started to worry not only about their own health but also about the health and safety of their children. To protect the youngest children, people started buying devices to disinfect bottles and pacifiers and make them more sterile. Additionally, since Covid19 targeted the respiratory system, the sales of baby breathing monitors increased as well. Did the increased demand affect the price of these products, similarly to what happened with hair clippers?

To find the answer to this question, we have analyzed the market of baby products, verifying various product categories. Significant price changes were observed only in the case of baby breathing monitors and sterilizers, which means that the overall situation on the market was stable, and the pandemic had the greatest impact specifically on these products.

Scope of the survey

The survey was conducted based on data from the Czech market. The prices were analyzed using the Dealavo tool.

The indicated prices are an average from as many as 192 online stores that offered the particular device at that time.

A baby breathing monitor is a device that detects irregular, slow breathing of the baby or the absence of breathing. In such a situation, it triggers an alarm to alert the parents. After the virus reached Poland, many people decided to purchase such a device. Let’s see, therefore, how the prices changed for this type of equipment: 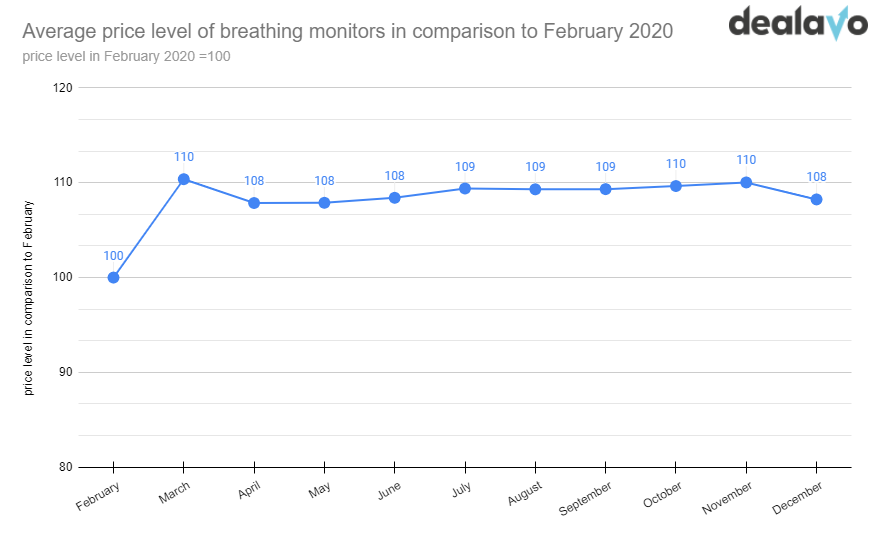 The prices went up by 10% already in March, remaining at this level until the end of November. It was only before the holidays that the price of the devices dropped by 2 percentage points, and it was 8% higher than in February.

The increase of prices is noticeable for a particularly advanced product – Motorola MBP481XL, a video baby monitor – where the market price of the device increased by almost 20€, which, in the case of this product, represented an increase by over 26%. 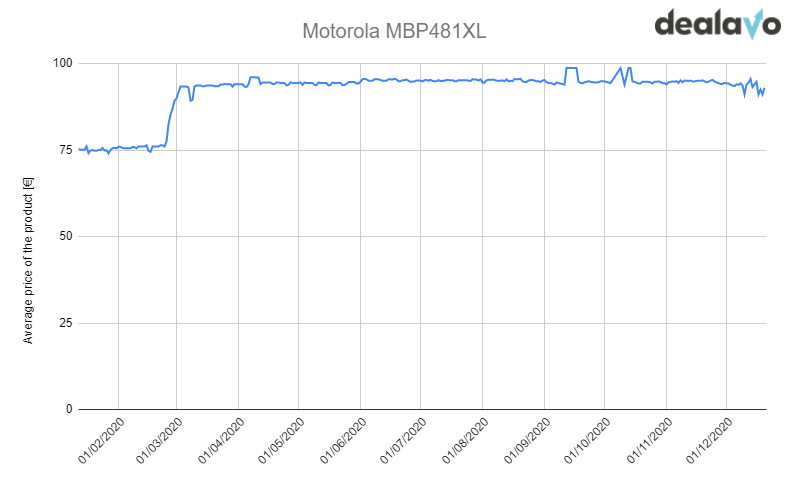 The price remained steady until December, and it only decreased slightly before the holidays.

According to information from the manufacturer, the function of a sterilizer is to remove bacteria and viruses from the surface of bottles and pacifiers. This is a kind of product that might protect children against the SARS-CoV-2 virus, which increased the demand for such equipment. Let’s see, therefore, how the market responded to the increased sales. 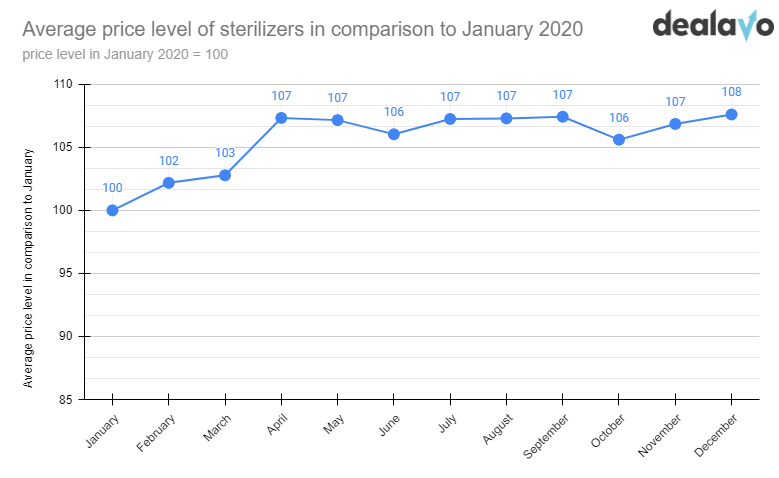 The prices started to increase gradually as early as February when the news about the pandemic became more difficult to ignore, but the real rise of the prices did not occur until April when the average price of sterilizers was 7% greater than the price in January. The price persisted until the holidays when it increased even further by 1 percentage point relative to January. The increase in the prices of such equipment was slightly smaller than that observed for baby breathing monitors, which may be caused by the fact that it is only one of the solutions that can be used for sterilization, whereas the baby breathing monitor is difficult to substitute.

The threat of the virus caused people to start buying devices designed to protect their children’s life. This caused the prices of baby breathing monitors to go up by 10% on average, with the price of some video baby monitors increasing by more than 26%. In the case of sterilizers, the increase was slightly smaller, amounting to just about 7%. In both cases, the higher price was maintained until the end of the year, only dropping slightly before the holidays.