Home » Blog » Hairdressing at home during the COVID lockdown. How has it impacted the prices of hair clippers? 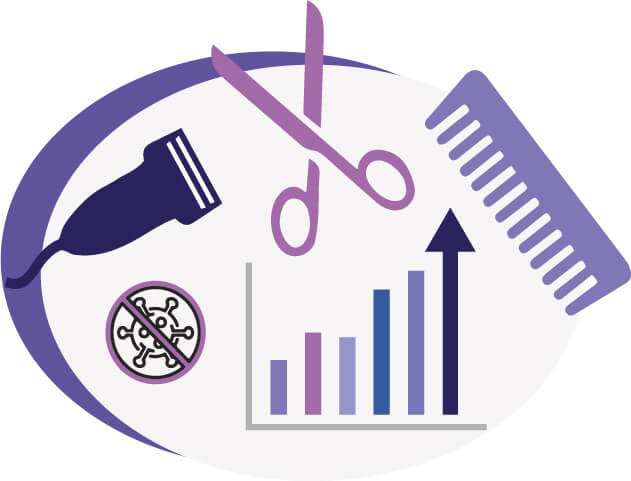 The outbreak of the COVID pandemic had an impact on almost every sector of the economy. The way and frequency with which the consumers were using some of the services changed as well. Examples of such services include hairdressing, because hair salons were closed in many countries. While it clearly had a negative impact on the hairdressing sector, manufacturers of hair clippers could benefit from the increased demand. Did they use this opportunity to raise their prices?

The scope of the study

The study was based on data gathered from the Polish market, where all hair salons were closed from 1 April 2020 to 18 May 2020. It is worth mentioning that even after the hairdressers reopened many customers still had doubts about visiting hair salons because of the current epidemiological situation. As a result, the demand for hair clippers remains high.

Our study was based on the prices of selected hair clippers, presented as the most popular products in articles published by the Skąpiec and Benchmark websites. The prices were analysed with the use of the Dealavo tool.

The presented prices are the average taken from the most important online shops (which had the particular hair clippers in stock during the analysed periods), such as Media Expert, Neonet, Komputronik, Media Markt, Euro.

Did the pandemic have an impact on the prices of hair clippers? 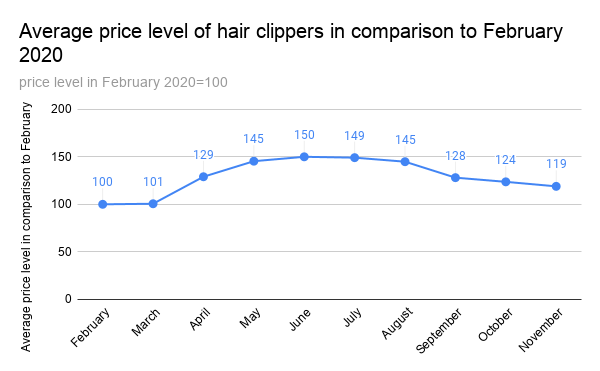 Interestingly, the second COVID wave that took place in fall did not cause another increase in prices – instead, the prices started to decline.

In the table below, we can see what the situation looked like for each of the analysed products.

Apparently, the biggest increase in prices was recorded for the Philips HC 3510 hair clipper – in June, its price was 119% higher than in February. This can also be seen in the chart below: 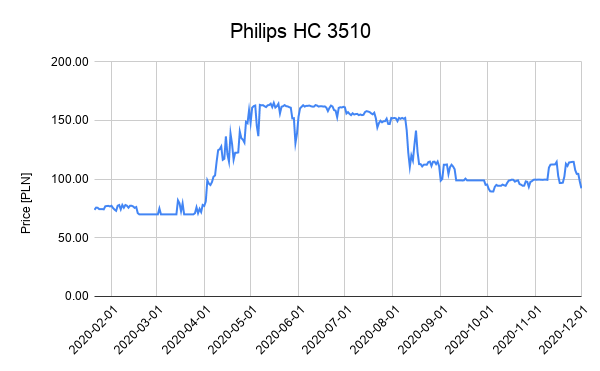 As shown, the closing of hair salons and the fact that some people decided to start cutting their hair on their own influenced the prices of hair clippers. This proves that manufacturers and shop owners very often set their prices based on the specific market situation at the moment.

Are you curious about the impact of the pandemic on the prices of other products? Let us know in the comments section!

Aleksandra has gained her economic knowledge at Wroclaw University of Economics and SGH Warsaw School of Economics, her professional experience - in consulting, customer experience and business development. At Dealavo, she has been discovering the customer journey thanks to being both part of the marketing team and a contact person for potential international partners at Dealavo.